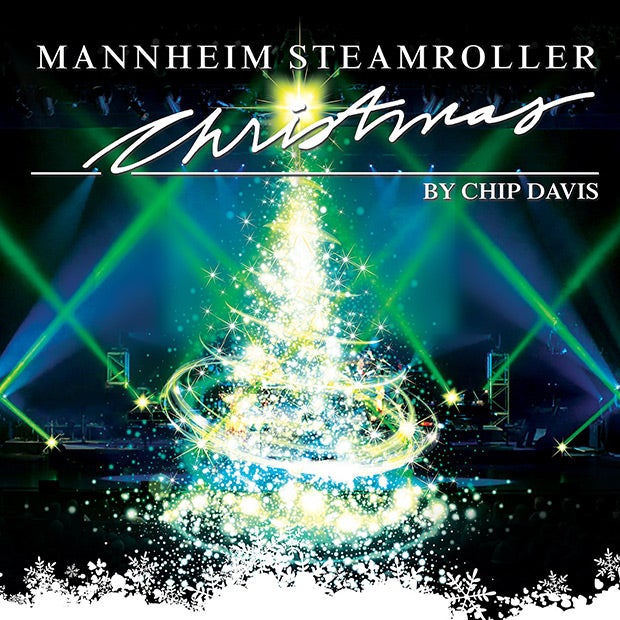 Join us for this holiday tradition as we celebrate the Christmas Tour! The show features classic Christmas hits as well as a selection of Fresh Aire compositions from Mannheim Steamroller along with and multimedia effects in an intimate setting.

In addition to being a holiday tradition for many families, the Mannheim Steamroller Christmas Tour regularly attracts repeat attendance from multi-generational guests and is one of the longest running tours in the music industry.

PBS stations nationwide will be broadcasting “Mannheim Steamroller 30/40 Live” this year. The milestone special was filmed to mark the group’s 30 year anniversary of musical holiday magic and 40 years of groundbreaking Fresh Aire compositions.  This year’s tour includes many of the songs heard in the PBS special broadcast.

Chip Davis said, “I also want fans to know that last year, we did a special, tour-only prerelease of “Exotic Spaces, my album of brand new compositions that takes listeners to exotic and mystical places around the world. This new CD will be available at all tour sites and will also be available on www.mannheimsteamroller.com, Amazon.com, other select retailers later this year.”

Mannheim Steamroller has sold more than 40 million albums, 29 million in the Christmas genre. Their holiday CD’s have become synonymous with Christmas and occupy top positions on Billboard’s Seasonal Chart every year.

Having 19 gold, 8 multi-platinum and 4 platinum-certified records, Davis is among an elite group of artists that include U2, Jay-Z, and The Beach Boys with such certifications.

Tickets start at $38.50 and can be purchased at www.BroadwayInRichmond.com, by phone 1.800.514.3849 (ETIX) or at the Altria Theater and Dominion Energy Center box offices.

About Chip Davis and Mannheim Steamroller

From his longtime home in Omaha, Neb., Mannheim Steamroller creator and founder Chip Davis makes innovative music inspired by the sounds of another age.  This former teacher and jingle writer founded the music industry’s largest independent recording label, American Gramaphone, in 1974 when industry executives said Davis’ innovative 18th century instrumental rock sound would never sell.  In addition to a Grammy Award, Davis is largely credited with establishing the New Age music category. His first Christmas album in 1984, revolutionized the making and marketing of holiday music,  the album’s success made Christmas records a “must do” for all music artists.  With more than 28 million Christmas albums sold, Davis is the #1-selling Christmas artist of all time with Elvis coming in at a distant 17 million holiday records sold.  He is also one of the most successful entrepreneurs in the music industry, offering a rich array of lifestyle products on www.mannheimsteamroller.com including hot chocolate, food, apparel and novelty items.  His latest achievement is creating a cutting edge psychoacoustic technology that is being used in major medical institutions such as Mayo Clinic.

Mannheim Steamroller Christmas by Chip Davis is produced by MagicSpace Entertainment. The company is headed by Lee D. Marshall, Joe Marsh, John Ballard, and Steve Boulay and has been producing and presenting national tours, Broadway shows, concerts and museum exhibits worldwide for over 35 years. They have an office in Park City, UT. www.magicspace.net

For more information and a complete list of tour dates, visit:
http://www.mannheimsteamroller.com/2018-mannheim-steamrollerr-tour/

Presented by Broadway In Richmond