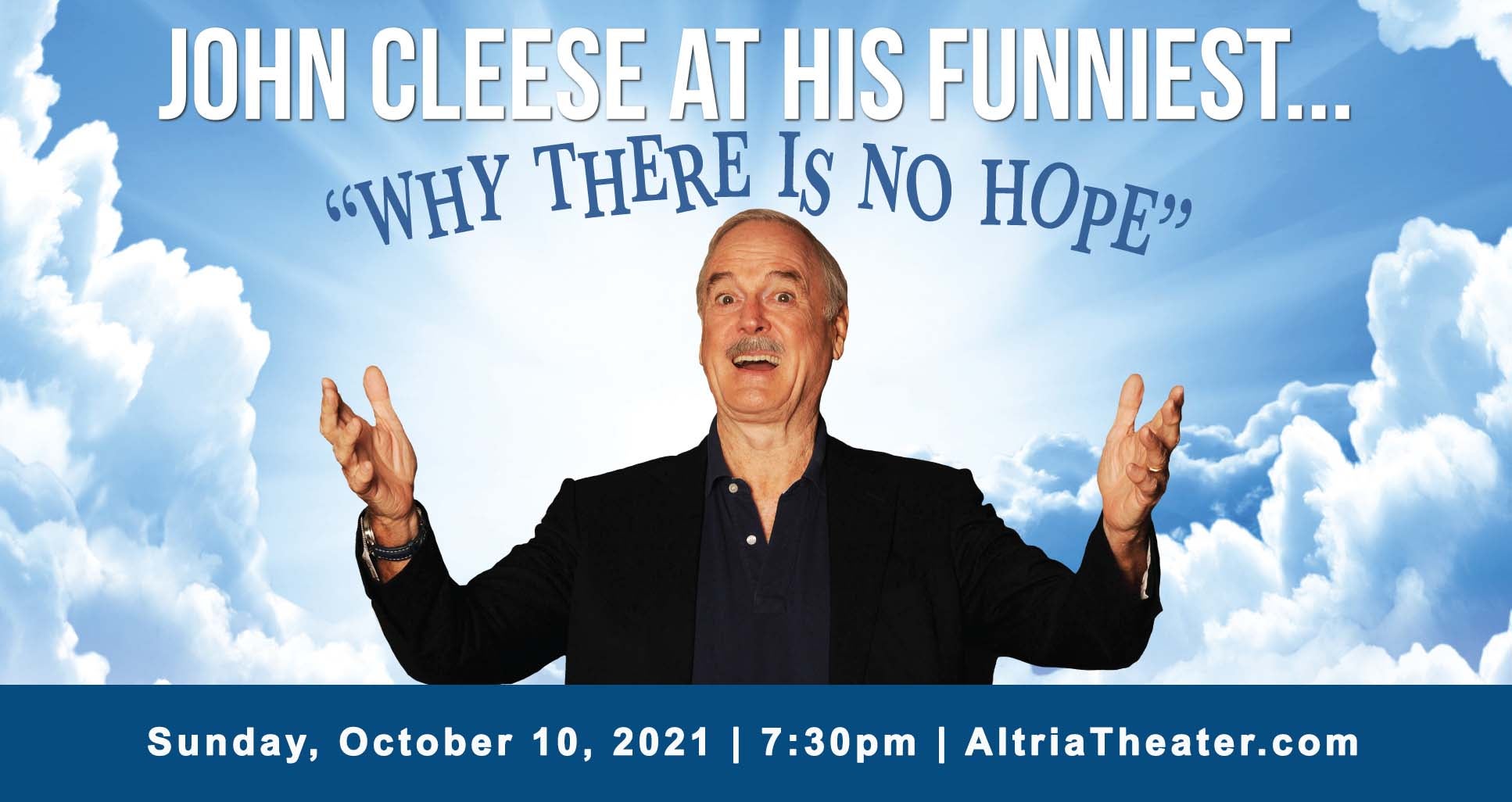 *If you had tickets to the original performance at Dominion Energy Center, your tickets will be honored and you will receive comparable seats at Altria Theater for this show.

Don’t miss the “One and Only” John Cleese as he examines the dysfunctional world we live in and “Why There Is No Hope’’. John Cleese brings his brand of humor to the stage. Come spend a hilarious evening with the “One and Only” John Cleese. John is a legendary comedic actor best known for Monty Python’s Flying Circus, Fawlty Towers and A Fish Called Wanda. “The world’s funniest man” first made his mark as a member of the legendary Monty Python troupe in the 1960s and has gone on to write, produce, direct and star in some of the greatest comedic hits of the last forty years, even receiving an Oscar nomination for best screenplay for A Fish Called Wanda.

But John is far from your garden variety entertainer. From the beginning of his career he has continually parlayed his enormous talents into advancing the political causes he believes in.

In 2014, John released his New York Times best-selling memoir, “So Anyway…” The book shares his ascent in the entertainment world, from his humble beginnings in a sleepy English town and his early comedic days at Cambridge University.