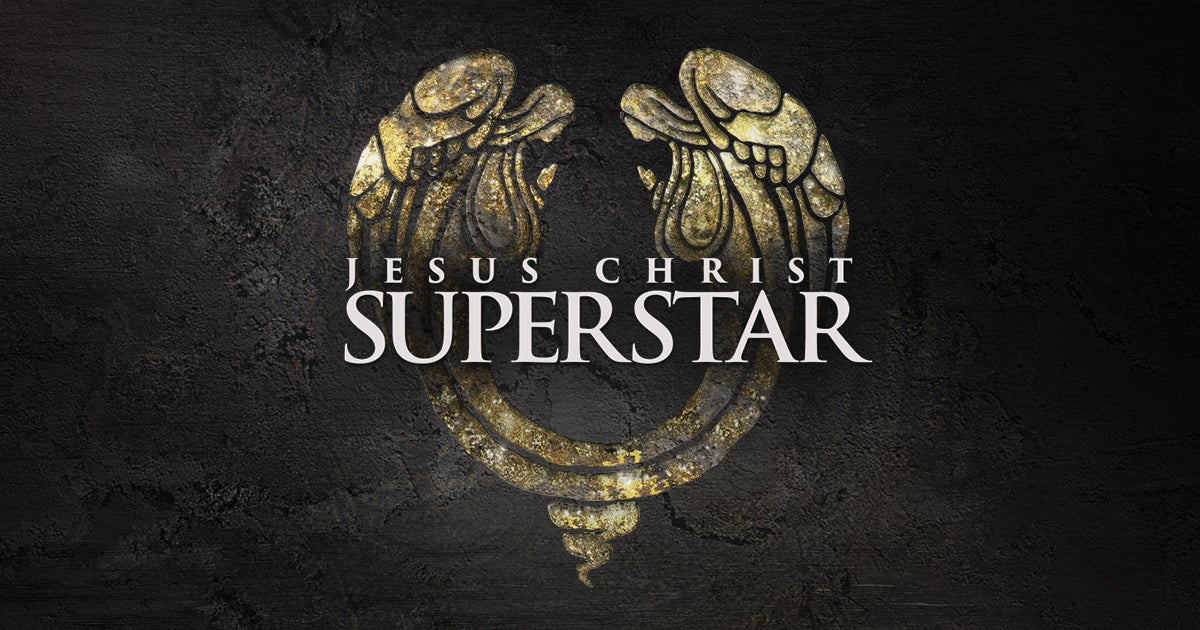 On Sale TBA
View All Showings

Due to ongoing delays in the relaunching of Broadway tours, the February engagement of Jesus Christ Superstar, originally scheduled to take place February 23-28, 2021, is being postponed. Rescheduled dates will be announced as soon as they are confirmed. All tickets for the original performance dates will be valid for the new dates.

An album that inspired a REVOLUTION.
A REVELATION that changed the world.
A REINVENTION for this millennium.

Jesus Christ Superstar is an iconic musical phenomenon with a world-wide fan base. In celebration of its 50th Anniversary, a new mesmerizing production comes to North America. Originally staged by London’s Regent’s Park Open Air Theatre and helmed by the acclaimed director Timothy Sheader (Crazy for You, Into the Woods) and award winning choreographer Drew McOnie (King Kong, Strictly Ballroom), this production won the 2017 Olivier Award for Best Musical Revival garnering unprecedented reviews and accolades. Appealing to both theater audiences and concert music fans, this production pays tribute to the historic 1971 Billboard Album of the Year while creating a modern, theatrical world that is uniquely fresh and inspiring.

Featuring award-winning music by Andrew Lloyd Webber and lyrics by Tim Rice, Jesus Christ Superstar is set against the backdrop of an extraordinary series of events during the final weeks in the life of Jesus Christ as seen through the eyes of Judas. Reflecting the rock roots that defined a generation, the legendary score includes ‘I Don’t Know How to Love Him’, ‘Gethsemane’ and ‘Superstar’.

Dates and shows subject to change.

Broadway In Richmond 2021 season tickets and Anastasia individual tickets will be available at a later date.

Groups of 10 or more save 10% off single ticket pricing. No discounts on Saturday Matinee and Evening performances. Visit our Group Sales page for more information or call 804-592-3401 to place a group order.

Jesus Christ Superstar is recommended for ages 10 and up.

The listed age is a recommendation, but please use your own discretion when making a decision for your young-theatergoer.

1 hour, 35 minutes with no intermission

The Chris Tucker show, which was scheduled for tonight, was rescheduled for November 6, 2021. Tickets to tonight's show will be honored for the rescheduled performance. For more details visit www.AltriaTheater.com.
Please join ASM Richmond in celebrating the life and legacy of Dr Martin Luther King, Jr today. #MLKDay
As we close the book on 2020 we look forward to 2021 with optimism and excitement! Happy New Year!
On behalf of everyone at Altria Theater, Dominion Energy Center, and ASM Richmond, we would like to wish you the happiest of holidays! We look forward to welcoming all of you back into our venues in 2021 and providing programming and performances that excite and inspire!
Due to the ongoing global health crisis, Chris Tucker’s Friday, Jan. 22, 2021 show at Altria Theater has been rescheduled for Saturday, Nov. 6, 2021. All tickets for the original performance will be honored. For ticket inquiries, please contact point of purchase For tour information, follow Chris on Twitter, Facebook or visit christucker.com.
#SaveOurStages is critical to the survival of our industry and countless venues across the country. We are grateful to @RepSpanberger for joining in support of this crucial bill. https://twitter.com/RepSpanberger/status/1334268057418665986?s=20 #AltriaTheaterVA
From all of us at ASM Richmond...Have a Safe and Happy Thanksgiving!
The Patti LaBelle concert, originally scheduled for November 1, 2020, has been postponed. New dates will be announced soon. Stay tuned to www.AltriaTheater.com for details. #altriatheaterva
To save concerts, comedy shows, Broadway, and all the live events we love, we need to save the 12 million workers who bring them to life. Washington D.C. needs to hear from you about why they should #SaveLiveEventsNow! Join the movement by texting LIVE EVENTS to 40649! To learn more visit saveliveeventsnow.com
Steve Martin & Martin Short at Altria Theater on June 20 has been rescheduled to October 22, 2021. Your ticket will be honored for the rescheduled date. For any further ticket inquiries please reach out to point of purchase.
The upcoming John Cleese show, "Why There Is No Hope", has been rescheduled for October 10, 2021 and is moving to Altria Theater. For details visit AltriaTheater.com
Tonight, we are lighting the theater RED as we join the Live Events Industry in support of #RedAlertRESTART. Visit WeMakeEvents.org
Today is World Senior Citizen Day. Let’s take a moment to recognize the accomplishments and contributions senior citizens make in our communities. #SeniorCitizensDay
Beethoven is back in a big way! The @rvasymphony's weekly summer concert series returns this year with “Comfort & Joy: The Beethoven Summer Series.” In association with the @URichmond Department of Music and @VCUartsMusic, the six-week concert series will be performed at a safe live-streamed distance. Each live stream concert will give audiences at home an opportunity to comment and ask questions as well as access to exclusive interviews with the artists bringing you the best possible live concert experience directly to your home. Tickets are $12 or $60 for all six. More information at richmondsymphony.com
Happy Birthday, Idina Menzel! 🎈💗 Come back to Richmond! Photo © ASM Global Richmond, 2015 #idinamenzel #altriatheaterva #rva #happybirthday
Words of wisdom from musician Jason Isbell, who appeared with special guest Frank Turner & The Sleeping Souls in June 2016. Photo © ASM Global Richmond #altriatheater #rva #jasonisbell #wordsofwisdom
Words of wisdom from singer Gladys Knight, who took the stage with The O'Jays in October 2015. Photo © ASM Global Richmond #altriatheater #rva #gladysknight #wordsofwisdom
Words of wisdom from actor William Shatner, who appeared in Richmond along with a screening of Star Trek II: The Wrath of Khan in July 2018. Photo © ASM Global Richmond #altriatheater #rva #williamshatner #wordsofwisdom
Words of wisdom from comedian Chris Rock, appearing on our stage in March 2017. Photo © ASM Global Richmond #altriatheater #rva #chrisrock #wordsofwisdom
Words of wisdom from Lady Gaga, appearing before a sold our crowd on our stage in September 2009. Photo © ASM Global Richmond #altriatheater #rva #ladygaga #wordsofwisdom
#OnlyIntermission
Take a Google 360 Tour of Altria Theater! Use your mouse 🖱 to roam around the lobbies and interior of the theater! Take your time, no need to rush. 😉 https://www.altriatheater.com/about-us #altriatheater #rva #360tour
Such exciting news from @hamiltonmusical !! Shout it to the rooftops! The original Broadway production of Hamilton, filmed LIVE onstage at the Richard Rodgers Theatre, is now coming exclusively to @DisneyPlus this ‪July 3rd.‬ #Hamilfilm