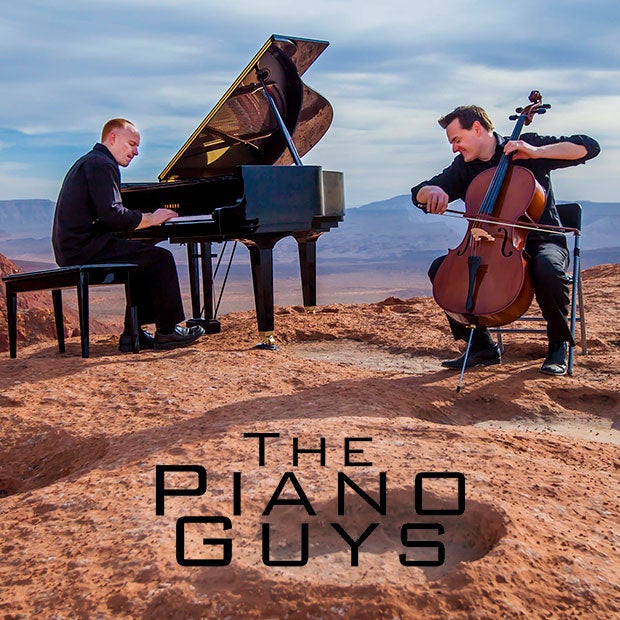 Hailing from Utah, The Piano Guys became an Internet sensation by way of their immensely successful series of strikingly original self-made music videos. They’ve made over 65 since joining forces in early 2011, including their hit video, an innovative 10-handed version of One Direction’s “What Makes You Beautiful.” But it’s the Guys’ highly original blend of classical music with pop that has really been the cause of an Internet phenomenon that brought them to their major label self-titled debut album released on Sony Music Masterworks in 2012. This release was followed by their sophomore album, The Piano Guys 2, holiday album, A Family Christmas, Wonders, The Piano Guys Live! and recently released Uncharted album all available now on Portrait, an imprint of Sony Music Masterworks.

See ThePianoGuys live at Altria Theater on Friday, February 22, 2019. Experience the Guys’ highly original blend of classical music with pop that has been the cause of an Internet phenomenon and has led to over 500 million YouTube views. It is their endearing personalities along with their obvious will to inspire young and old, which keeps the fans coming back for more.

The Piano Guys have performed everywhere from The Tonight Show with Jay Leno to The Today Show as well have been featured in The New York Times, Fast Company, Buzzfeed, People Magazine, Mashable and so on.

Jam Theatricals (Presenter) is a Chicago-based entertainment company that presents and produces Broadway engagements throughout North America. Under the direction of co-founders Arny Granat and Steve Traxler, Jam Theatricals manages subscription seasons in 30 cities where they strive to bring the best of Broadway to the communities served. Current presentations include some of Broadway’ biggest blockbusters: Wicked, The Book of Mormon, Jersey Boys, The Phantom of the Opera and many more. Jam Theatricals and its principals have produced nearly 50 shows on Broadway and are the recipients of nine Tony Awards® for producing Glengarry Glen Ross (Best Revival of a Play, 2005), Monty Python’s Spamalot (Best Musical, 2005), The History Boys (Best Play, 2006), August: Osage County (Best Play, 2008), Hair (Best Revival of a Musical, 2009), Who’s Afraid of Virginia Woolf? (Best Revival of a Play, 2013), All The Way (Best Play, 2014), Fun Home (Best Musical, 2015) and The Color Purple (Best Revival of a Musical, 2016). For more information, please visit www. jamtheatricals.com.

An Evening with The Piano Guys