The Illusionists – Live From Broadway Comes to Richmond May 9, 2018 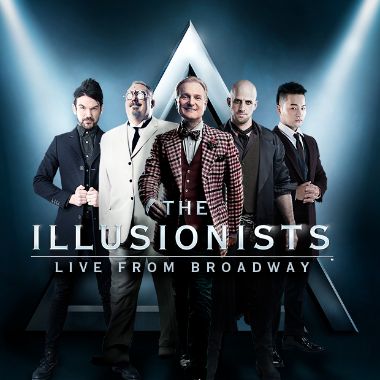 RICHMOND – November 20 - On the heels of a highly successful multi-city tour and run on Broadway, the world’s best-selling touring magic show, THE ILLUSIONISTS - LIVE FROM BROADWAY™ (www.theillusionistslive.com), will play Altria Theater in Richmond on Wednesday, May 9 at 7:30pm as part of its North American tour in 2018. Tickets for THE ILLUSIONISTS will go on sale on Friday, December 1 at 10am and are available online at www.BroadwayInRichmond.com, at Altria Theater and Dominion Arts Center box offices or by phone at (800) 514-3849 (ETIX).

Full of hilarious magic tricks, death-defying stunts and acts of breathtaking wonder, THE ILLUSIONISTS has shattered box office records worldwide and thrilled audiences of all ages with a mind-blowing spectacular showcasing the jaw-dropping talents of five of the most incredible illusionists on earth.

Creative Producer Simon Painter said, “We can’t wait to bring this electrifying show to (CITY) for a truly entertaining experience for the whole family. THE ILLUSIONISTS is the most non-stop and powerful mix of outrageous and astonishing acts ever to be seen on the live stage.”

The five stars, each a master in their own field, are:

The Trickster, Jeff Hobson is the epitome of glamour and showmanship. Don’t be fooled by his innocent appearance; Jeff has audiences laughing long after the curtain goes down.
The Inventor, Kevin James is known for innovative illusions, is an inventor, comedian and collector of the strange and unusual. Kevin is one of the most prolific inventors of magic in the world and has created some of the most celebrated illusions of the last century.
The Deductionist, Colin Cloud, one of the greatest thought readers of all time is a psychic savant known as a real-life Sherlock Holmes. Don’t play against him in a game of poker – he’s never lost.
The Manipulator, An Ha Lim: The first place winner at Korea’s Busan International Magic Competition (2006), Italy Club Convention Manipulation (2006) and World Magic Seminar in Asia (2007), An Ha Lim was also a Golden Lion Award winner at the World Magic Seminar in Las Vegas (2008).
The Daredevil, Jonathan Goodwin, is widely considered one of the most creative, skilled, and frankly crazy stunt performers in the world. He is an accomplished knife thrower, archer, escape artist, fakir, martial artist, free diver, and free climber. Unlike the other performers in the show, Jonathan is not a magician or illusionist but he will leave the audience breathless with his death-defying stunts.

SIMON PAINTER, CREATIVE PRODUCER
Simon Painter is a visionary creative theatrical producer who hails from London. Simon started his career on stage as a classical violinist, and performed the lead role for Spirit of the Dance in Las Vegas. The first show he produced, Le Grand Cirque smashed box office records at the Sydney Opera House selling over 40,000 tickets in 10 days. His two subsequent productions, Aerial Dreams and Adrenaline also broke records in Sydney and across the world and achieved critical acclaim. In 2010 Simon had five versions of Le Grand Cirque playing concurrently. In late 2010 Simon joined forces with Australian producer and close friend Tim Lawson and began assembling the greatest magical minds from a wide spectrum of disciplines. His production of The Illusionists has already performed to record breaking crowds in theatres and arenas across the globe including Australia, Mexico, Latin America, South America, Europe, Asia and the Middle East. In addition to The Illusionists: LIVE FROM BROADWAY, Simon’s current projects include Le Noir (The Dark Side of Cirque) and Illusionists 2.0, both of which are currently playing extensive international tours.

MAGICSPACE ENTERTAINMENT, PRODUCER
MagicSpace Entertainment is headed by Lee D. Marshall, Joe Marsh, John Ballard, Steve Boulay and Bruce Granath and has been producing and presenting national tours, Broadway shows, concerts and museum exhibits worldwide for over 35 years. Consistently one of the top promoters in the world, MagicSpace Entertainment typically produces and presents more than 350 events worldwide per year. Recent Broadway credits include The Illusionists - Witness the Impossible (Broadway & West End), Donny & Marie – A Broadway Christmas, American Idiot and RAIN - A Tribute To The Beatles On Broadway. National tour credits include The Illusionists – Live From Broadway, Lord of the Dance created by Michael Flatley, Jamie Hyneman and Adam Savage starring in Mythbusters - Unleashed, Alton Brown Live, Mannheim Steamroller Christmas by Chip Davis, Donny & Marie Christmas, RAIN – A Tribute to the Beatles, The Magic of David Copperfield, Circus 1903 – The Golden Age of Circus, Jesus Christ Superstar, A Chorus Line and national concert tours by Janet Jackson, Cher and Fleetwood Mac to name just a few. Touring museum exhibitions produced include Jurassic World: The Exhibition, Tutankhamun and the Golden Age of the Pharaohs exhibition, Titanic: The Exhibition and Diana – A Celebration, St Peter and the Vatican: The Legacy of the Popes exhibition. MagicSpace Entertainment has offices in Park City and Salt Lake City, UT.  www.magicspace.net 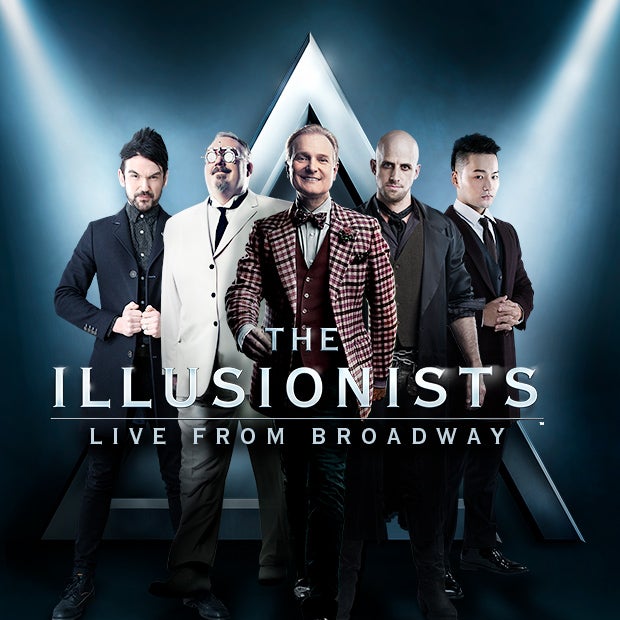