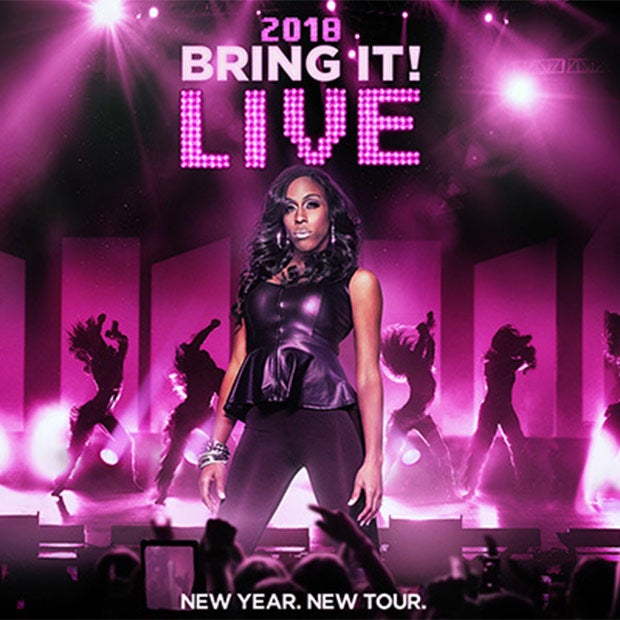 Richmond, VA – February 26, 2018 – After two consecutive years of bringing down the house, “Bring It! Live” is back by overwhelming demand, and set to take the stage in Richmond.  Miss D and her Dancing Dolls, the stars of Lifetime’s hit series Bring It! will be coming to Altria Theater Sunday, July 15, 2018 at 7 pm with an all new “Bring It! Live” 2018 summer tour.

Tickets go on sale Friday, March 2 at 10 a.m. and can be purchased at www.AltriaTheater.com, 1800 514-3849 (ETIX) or the Altria Theater and Dominion Energy Center box offices. Tickets start at $35.75 (plus applicable service charges) with pricing subject to change. VIP packages are available at all price levels and include a souvenir tour program and photo opportunity. The deluxe option includes premium seating. Add-on VIP packages can only be purchased if accompanied by a valid ticket to the live performance. Limited supplies are available.

In 2016, the elite world of hip-hop majorette competition was brought to the main stage for the first time with an incomparable energy that took the country by storm. Audiences across the nation were enamored by the fierce, original, high-octane performances that inspired fans of all ages and left them clamoring for more. With hotter-than-ever, never-before-seen performances on deck for the 2018 tour, there has never been a better time for Bring It! fans.

New episodes of Bring It!  can be seen on Lifetime Fridays at 9/8c or anytime on mylifetime.com.

“Bring It! Live” is produced for Lifetime by Mills Entertainment, the leading producer and promoter of branded live entertainment.

About Lifetime:
Lifetime is a premier entertainment destination for women dedicated to offering the highest quality original programming spanning scripted series, non-fiction series and movies. The critically acclaimed UnREAL, Project Runway, Bring It!, The Rap Game, Married at First Sight and Little Women franchises anchor the network’s programming, in addition to its over 25 original movies annually that continue to define the TV movie genre. In 2015, Lifetime launched Broad Focus, a major global initiative dedicated to supporting and hiring female directors, writers and producers to make its content which totals over 450 original hours. Lifetime Television®, LMN®, Lifetime Real Women® and Lifetime Digital™ are part of Lifetime Entertainment Services, LLC, a subsidiary of A+E Networks. A+E Networks is a joint venture of the Disney-ABC Television Group and Hearst Corporation.

About Mills Entertainment:
Mills Entertainment is a leading producer and promoter of branded live entertainment. Mills collaborates with top brands and personalities to develop, market, and produce live events throughout the US and worldwide. Current projects include Theresa Caputo Live! The Experience, Mel Brooks: Back in the Saddle Again!, Daniel Tiger’s Neighborhood Live, and #IMOMSOHARD. www.millsentertainment.com 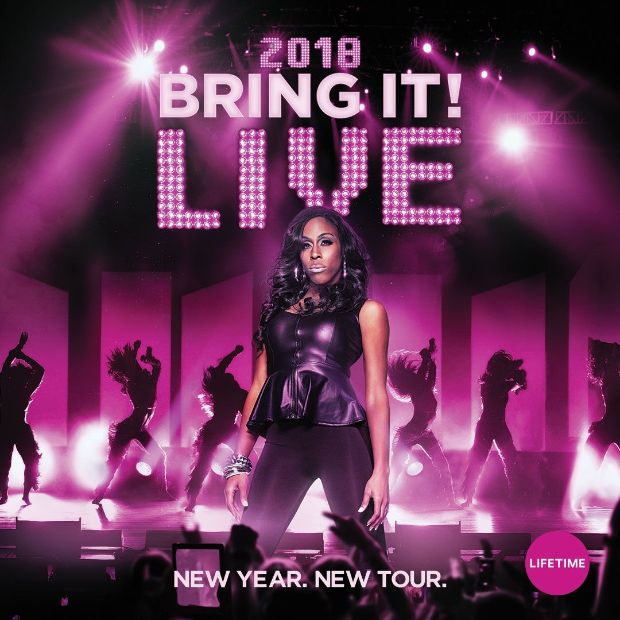