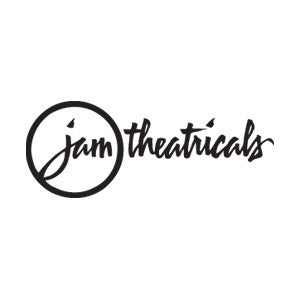 “As a producer, it’s such an honor to be associated with two of the must-see shows on Broadway. Jam Theatricals is proud of our support of an industry that brings so much joy to its fans and an appreciation of the diversity and talents of the countless number of people involved to bring a show to Broadway. Having this knowledge and experience as well as these connections, only adds to our strength in our role as presenter. We look forward to bringing quality shows like these to Richmond directly from Broadway as they begin to tour,” says Steve Traxler, President and Co-Founder of Jam Theatricals.

Jam Theatricals presents Broadway series and productions in four markets in Virginia including Richmond, Roanoke, Norfolk, and Washington DC, and in 25 other markets nationwide. Broadway In Richmond expects to break subscriptions records for the market with over 15,000 subscribers for the 2019 – 2020 season.

“We are thrilled for our partner Jam Theatricals regarding their recent and prestigious 2019 Tony Awards® for Best Musical and Best Play. This direct connection to Broadway is beneficial for Central Virginia patrons and Broadway In Richmond programming. We also look forward to our upcoming blockbuster 2019 - 2020 season at Altria Theater,” adds C.T. Hill, Operations Chairman of RPAC, Inc.

Individual tickets for upcoming performances will go on sale soon so don’t delay in purchasing your season subscription. New subscription packages are available this season for Tuesday, Wednesday and Thursday evenings which means the best seats in the house are available for new subscribers!

The best way to guarantee seats to the hottest shows is to subscribe to a season subscription package. Subscribe to our six-show package starting as low as $310 with the option of adding WICKED.  Call the Subscriber Hotline at 804-592-3401, Monday – Friday, 10am to 5pm to learn about additional package information or visit  www.BroadwayInRichmond.com.

Enjoy the many exclusive benefits of being a subscriber including a guarantee of the same great seats to each season show, the option to renew those seats from year to year, and first options on upgrading seats. Subscribers also receive additional special ticket offers and the chance to purchase tickets to add-on shows before the general public. Subscription tickets are received via mail prior to the performance to avoid box office lines and lost ticket insurance is included at no additional charge.

Jam Theatricals (Presenter) is a Chicago-based entertainment company that presents and produces Broadway engagements throughout North America and manages subscription seasons in 28 cities where they strive to bring the best of Broadway to the communities served. Current presentations include some of Broadway’s biggest blockbusters: Wicked, The Book of Mormon, Jersey Boys, The Phantom of the Opera and many more. Jam Theatricals currently manages and operates the National Theatre in Washington D.C. Built in 1835, it is the oldest theatre for touring Broadway. Jam Theatricals and its principals have produced over 50 shows on Broadway, and have earned twelve Tony Awards® for the following shows: Glengarry Glen Ross (Best Revival of a Play, 2005), Monty Python’s Spamalot (Best Musical, 2005), The History Boys (2006), August: Osage County (2008), Hair (2009), Who’s Afraid of Virginia Woolf? (2013), All The Way (2014), Fun Home (2015), The Color Purple (2016), The Band’s Visit (2018), Hadestown (2019), and The Ferryman (2019). For more information, please visit www.JamTheatricals.com.