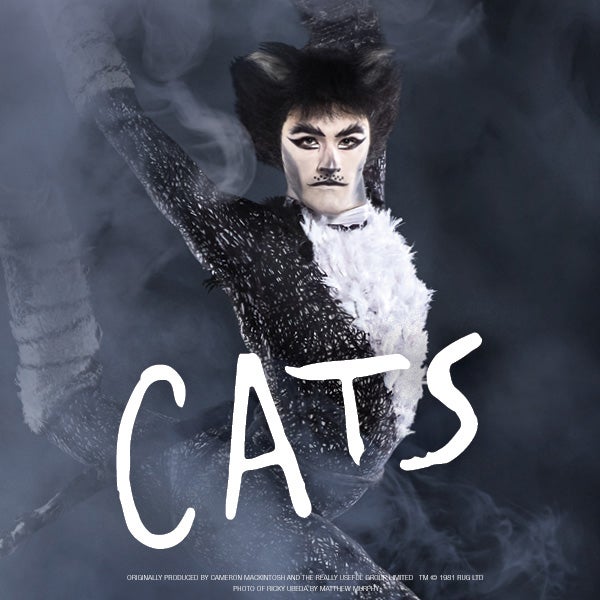 Richmond, VA – Jam Theatricals and Broadway In Richmond announce tickets will go on sale for CATS and FIDDLER ON THE ROOF Friday, October 25, 2019 at 10am. Both classic and unforgettable musicals will play Altria Theater with full-week engagements of eight performances each. CATS is engaged February 4 – 9, 2020 and FIDDLER ON THE ROOF is set for April 7 – 12, 2020.

One of the biggest hits in theatrical history, CATS will come to Richmond as part of a multi-season North American tour. Composed by Andrew Lloyd Webber and based on T.S. Eliot’s Old Possum’s Book of Practical Cats, the record-breaking musical spectacular has captivated audiences in over 30 countries and 15 languages, is now on tour across North America! Featuring new sound design, direction and choreography for a new generation — experience CATS for the first time as it begins a new life, or let it thrill you all over again!

The original Broadway production opened in 1982 at Broadway’s Winter Garden Theatre, where it ran for 7,485 performances and 18 years. CATS was originally produced on Broadway by Cameron Mackintosh, The Really Useful Company Limited, David Geffen, and The Shubert Organization.

CATS returned to Broadway in 2016 in a stunning revival at the Neil Simon Theatre. Preview performances began Thursday, July 14, 2016, and officially opened on Sunday, July 31, 2016. CATS played its final performance on Saturday, December 30, 2017 after 16 previews and 593 regular performances.

Since its world premiere, CATS has been presented in over 30 countries, has been translated into 15 languages, and has been seen by more than 73 million people worldwide. Originally directed by Trevor Nunn with choreography and associate direction by Gillian Lynne, scenic and costume design by John Napier, lighting design by David Hersey, and sound design by Abe Jacob, CATS opened in the West End in 1981. The musical debuted on Broadway in 1982 where it won seven Tony Awards, including Best Musical. Both the original London and Broadway cast recordings won Grammy Awards for Best Cast Album. CATS hit song “Memory” has been recorded by over 150 artists from Barbra Streisand and Johnny Mathis to Liberace and Barry Manilow. The Tony Award-winning Best Musical held the title of longest-running musical in Broadway history until it was surpassed in 2006 by Lloyd Webber’s The Phantom of the Opera. The original Broadway production closed on September 10, 2000 and is currently the fourth longest-running show in Broadway history. This marks the first tour of the first-ever Broadway revival of the iconic musical.

The first-ever, live-action film adaptation of CATS, produced by Universal Pictures and Working Title, will open on Dec. 20, 2019.

The revival of CATS is produced by The Shubert Organization, James L. Nederlander, The Really Useful Group and Cameron Mackintosh.

FIDDLER ON THE ROOF is the heartwarming story of fathers and daughters, husbands and wives, and life, love and laughter.   This classic musical is rich with Broadway hits, including “To Life (L’Chaim!),” “If I Were A Rich Man,” "Sunrise Sunset,” "Matchmaker, Matchmaker,” and “Tradition.”

The original Broadway production of FIDDLER ON THE ROOF, which opened in 1964, was the first musical in history to surpass 3,000 performances. The show won the 1965 Tony Award for Best Musical in addition to eight other Tony Awards that year. This acclaimed revival proudly introduces a new generation to the iconic musical adored across the globe.

Jam Theatricals (Presenter) is a Chicago-based entertainment company that presents and produces Broadway engagements throughout North America and manages subscription seasons in 28 cities where they strive to bring the best of Broadway to the communities served. Current presentations include some of Broadway’s biggest blockbusters: Wicked, The Book of Mormon, Jersey Boys, The Phantom of the Opera and many more. Jam Theatricals currently manages and operates the National Theatre in Washington D.C. Built in 1835, it is the oldest theatre for touring Broadway. Jam Theatricals and its principals have produced over 50 shows on Broadway, and have earned twelve Tony Awards® for the following shows: Glengarry Glen Ross (Best Revival of a Play, 2005), Monty Python’s Spamalot (Best Musical, 2005), The History Boys (2006), August: Osage County (2008), Hair (2009), Who’s Afraid of Virginia Woolf? (2013), All The Way (2014), Fun Home (2015), The Color Purple (2016), The Band’s Visit (2018), Hadestown (2019), and The Ferryman (2019). For more information, please visit www.JamTheatricals.com.