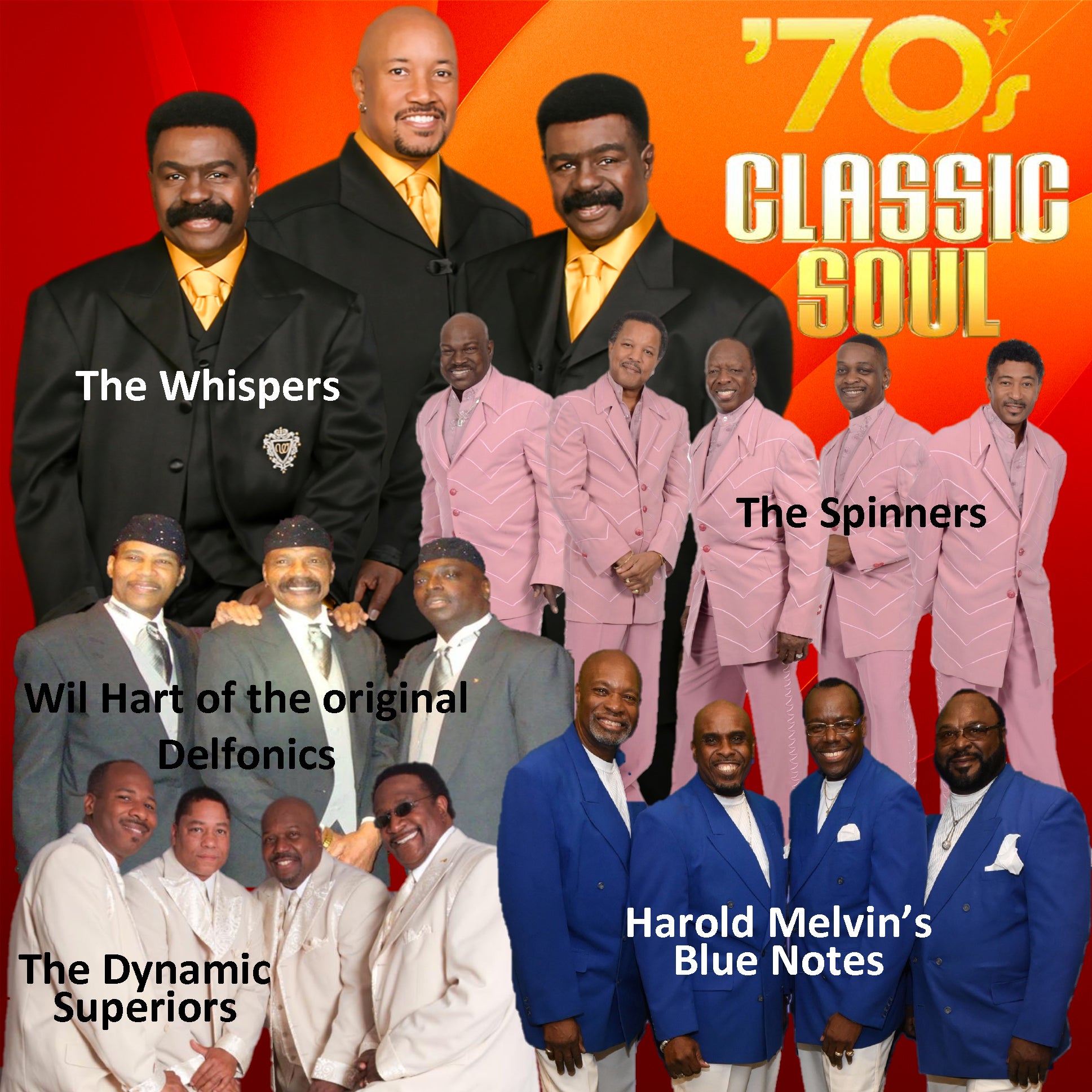 See The Whispers, The Spinners, Wil Hart of the Original Delfonics, Harold Melvin’s Blue Notes and The Dynamic Superiors

Live in Concert on October 20

Richmond, VA – Hosea Productions welcomes an amazing collaboration of musicians from the 1970s with 70’s Classic Soul featuring The Whispers, The Spinners, Wil Hart of the Original Delfonics, Harold Melvin’s Blue Notes and The Dynamic Superiors to the Altria Theater on Sunday, October 20, 2019 at 6PM.

Tickets will be available beginning 10am Friday, May 31 at the Altria Theater Box Office, by phone at 800-514-ETIX (3849) or online at AltriaTheater.com or Etix.com. All tickets are $89.50. Additional fees may apply.

The 70’s Classic Soul is the coming together of soul music legends. Join us as they perform their most memorable hits and re-live the decade of classic soul, R&B. In the words of Don Cornelius, “we wish you love, peace, and soul!”

The Spinners have never lost their universal appeal. Throughout the years they have sold millions of records and topped both the Pop and R&B charts with smash hits like “I’ll Be Around” and “Then Came You.” Today, original member Henry Fambrough is joined onstage by lead singer Charlton Washington, high tenor Marvin Taylor, tenor Ronnie Moss, and bass singer Jessie Peck; a soul-infused 5-piece band, led by Keith Ferguson, backs them up.  Some of their other hits are: “Mighty Love,” “One Of A Kind (Love Affair),” “Games People Play,” “Could It Be” and “Working My Way Back to You.

WIL HART OF THE ORIGINAL DELFONICS

Harold Melvin & the Blue Notes was one of the most popular Philadelphia soul groups of the 1970s. The group is most noted for several hits including, “If You Don’t Know Me by Now,” “I Miss You” and “Don’t Leave Me This Way,” on Gamble and Huff’s Philadelphia International label between 1972 and 1976. They remain one of the most sought-after groups on the official 70s Soul Tour.

The Dynamic Superiors, a Washington, DC quintet, signed with Motown and found great success on the Soul Charts as one of Motown’s most unique acts, assigned to the Ashford and Simpson, who wrote most of their material proved to be a winning combination that produced several hits including “Shoe, Shoe Shine” and “Leave it Alone,” both of which made the Top 20 on R&B Charts.